Girl from Mumbai guides our migrants

You are here:
In The Press 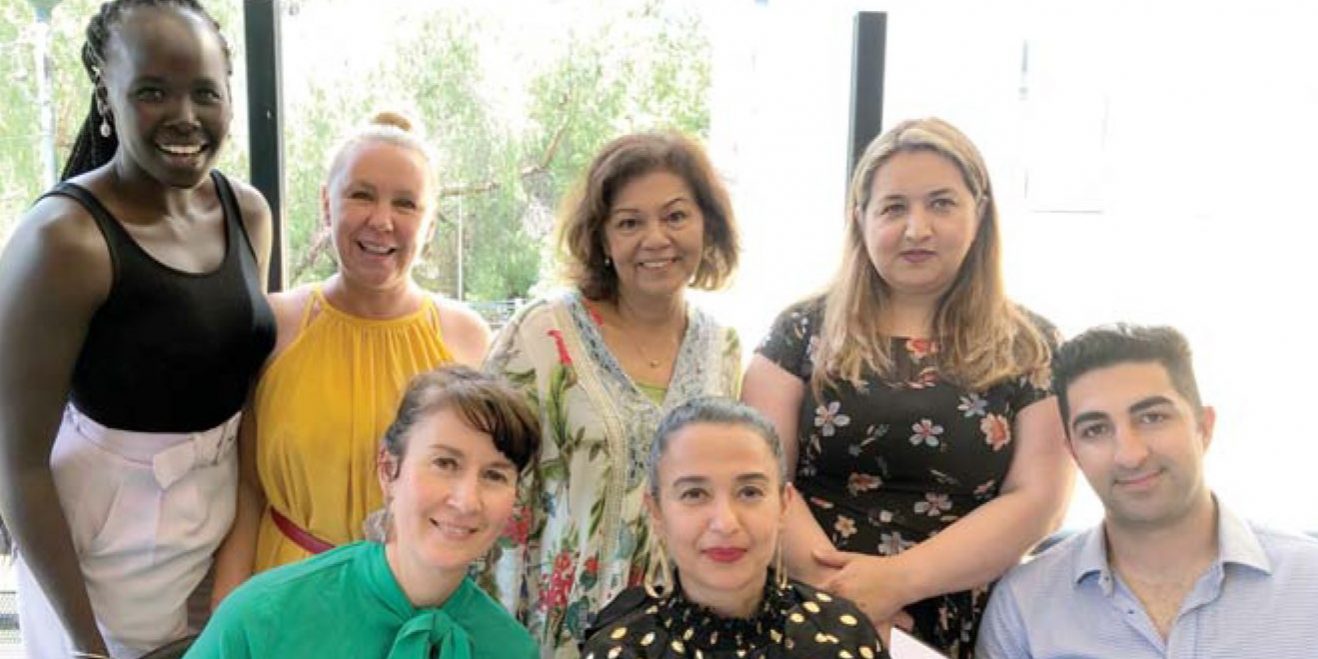 Now she’s written a book about her remarkable life.

From working in the Mumbai slums with Mothers Theresa organisation “Missionaries of Charity” to helping migrants in Western Sydney settle into their new lives, Melissa Monteiro has never faltered in her commitment to others.

The life of good deeds was part of Melissa’s upbringing, with a father and grandfather spending their lives helping others.

Now the girl from Mumbai has written a book on her remarkable life, called – The Girl from Mumbai, set to hit Amazon next month. It is a rollicking tale that sees a wide eyed bright 12 year old inspired by her father’s tales of his work with an American company providing food aid to the poor in India, as well as her grandfather John Goes’s good deeds in bringing order to a disordered society. As a retired Customs officer, John Goes commanded respect in his community, even among criminals.

‘’My grandfather was bright, intelligent and made a name for himself,’’ Melissa said.

‘’He was famous and a big man. Street fights would come to a stop when he walked down the road. Gang leaders joined hands and saluted him as he passed them by. He put fear in people if they did the wrong thing.

‘’Each morning as I dressed to get ready to go to school, I could hear in the front of my house a lot of noise, there was a whole lot of people outside in the veranda. There were a lot of people who came to meet my grandfather for help or seek his advice.’’

Her grandfather, who died when she was 14, remains in Melissa’s heart and guides her to this day.

Her mother, still alive in Mumbai, guided her family with faith, humour and determination and imbued her four children – Melissa, Erica. Michelle and Gerard with a strong work and charitable ethic.

‘’My mother was the maypole of the family,’’ Melissa said. But it was another inspiring figure that spurred on Melissa’s charitable work – the legendary Mother Teresa.

‘As Christians we were in the minority in Mumbai but I was inspired by the work of Mother Teresa and learned a lot working alongside her organisation when I was still young,’ Melissa said.

And, in her quiet determined way, she has – or, at least, the everyday worlds of so many, from working with the nuns to help the poor in the slums of Mumbai to being a guiding force to migrants in Sydney’s West.

For 20 years, Melissa has headed the Community Migrant Resource Centre based in Parramatta, after migrating with her business executive husband Prakash.

Melissa does not make any excuses for seeking a better life in Australia as she feels she did all she could in Mumbai.

In multicultural Western Sydney, her innate compassion and hard work is bettering the lives of struggling migrants who are keen to contribute to their new country.

For her efforts, Melissa won the Western Sydney University Award in 2013.

Melissa was also an Impact Australia 25 winner and has been recognized by Pro Bono Australia for making positive impact.

She has also been recognized by Pro Bono Australia as a Collaborator and won the Judges Pick award in 2019. In her work at the migrant resource centre, Melissa guides her staff to look for simple solutions to complex problems, a system she has always found to work well.

‘’Everything we do is around simplicity -. reaching out to people, understanding they are in a difficult place. The client’s needs always comes first,’’ Melissa said. Many of her clients come from traumatic homeland backgrounds, but Melissa is always astounded by their sense of hope.

As well as her work with CMRC, Melissa Monteiro is Chair of the Settlement Council of Australia (SCOA), based in Canberra, is a Director on the Board of Anti – Discrimination NSW and a member of the Multicultural NSW Regional Advisory Council.

When Melissa does have time to relax, she spends it with her family, husband and two grown children – a son aged 23 and a 17-year-old daughter, and her stalwart husband.

There is sometimes time for reading – mostly inspirational material of course.

The Girl From Mumbai is now a Amazon #1 Best Seller
June 28, 2021
Melissa Monteiro launches The Girl from Mumbai – Spotlight with Jim Taggart and Darryn Capes
May 14, 2021

Journey of more than one destination – By Prescella Mabor
May 14, 2021